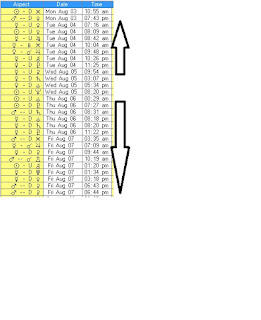 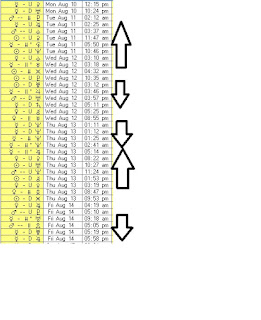 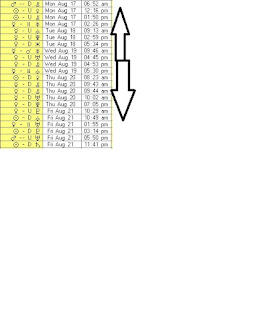 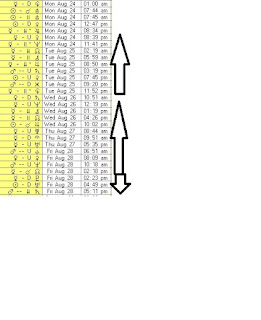 One of the interesting Astrological correlations has been the hard aspects to commodities.

I first called the approach of Saturn to Neptune when it moved into Sagittarius nine months ago. That dropped oil from 100 to 50. Then the angles were soft (30, 60) and rose oil prices.

Now we can see how Venus opposing Neptune and Sun angles are turning hard (90, 150, 180). Sun is quincunx or 150 degree and is forcing oil and commodities down as oil falls below 50.

Two charts below show all this. In the first one you can see the Sun entering Leo or Amordad and getting to make 150. You can also see Venus in Virgo or Shahrivar opposing Neptune.

The other one shows when the Sun is exactly 150 degress on 1st of August. So between now and then we will see a drop in price of oil and other commodities.

Longer term Saturn will stop its retrograde and go direct to make 90 or square to Neptune again. Mars will get into Leo later so will Mercury.

These angles will force deep scrutiny to enter the fold. No form of wild expectations will win against the force of cynicism related to hard aspects. 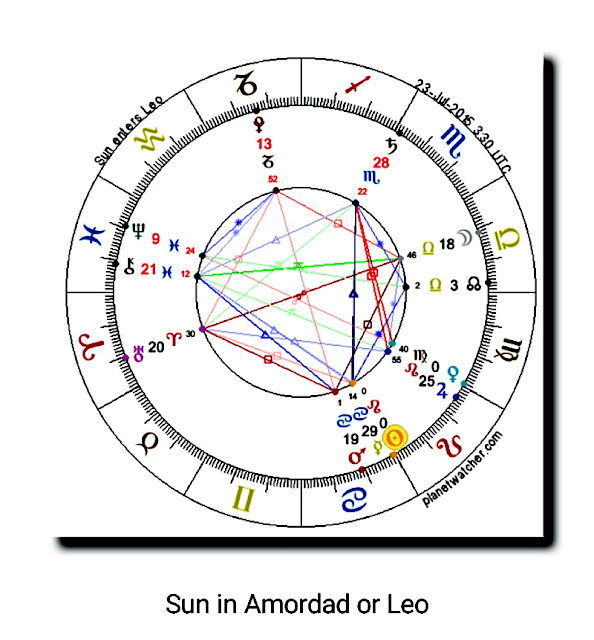 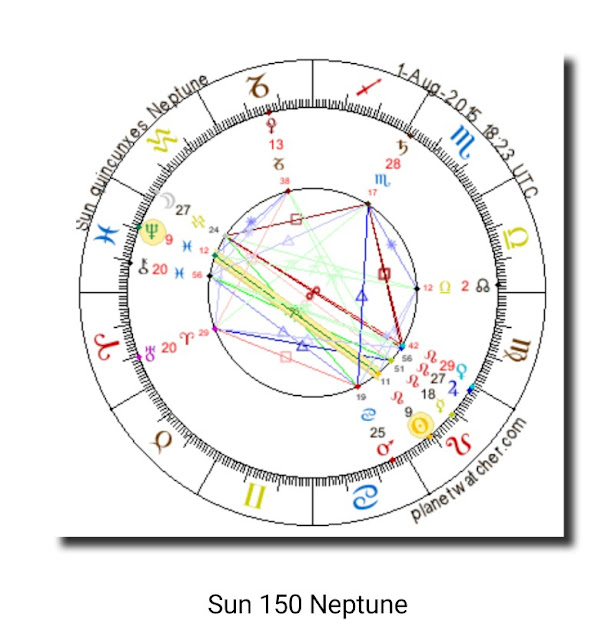