Many people look at the astrology tables I post and get seriously confused. On the flip side many find that words can be too blunt. So here are some words.

Mars was shown to give a months worth of U's. The positive feeling, made the world give the benefit of doubt, of any major uncertainty, such as Donald Trump's economic agenda for USA. The markets went up.

I then had the unfortunate responsibility, of being the harbinger of bad news, when I wrote the Christmas Caution report. Mars D's took the wind out of the sails of the US market, as it struggled to break the 20,000 barrier. It defied logic. Welcome to the world of aspectarian astrology.

So everyone asks me:

I did nothing. All I do is to clarify and point out.

Look at the new January tables.

Look at the Mars aspects that are bunched up. See when there is a long time period of U's or D's.

Look at the faster planets aspects tables the same way.

Do the same for the Neptune tables.

If it happens that a focus is in the middle of US trading, so be it. If it does not fall in US trading, then that's it.

It does not take a genius, to see that there are still more D's, for Mars and the faster planets, until Friday the 13th Jan.

"So when will this gloom and doom for stock and happy days for bonds turn around?"

It looks like there are more U's beginning to show up in the later half of January.

"What? Have you changed it?"

"So does that mean, we are going up more for stocks, and down some more for bonds, with volatility dropping in last fortnight of January?"

"And then it all goes the other way, in February, with stocks going down and bonds up with higher volatility?"

There is more to all this. But I hope I have clarified it all a bit.

"Okay, thanks for the update. I was counting the D's in February and was wondering what you were saying?" 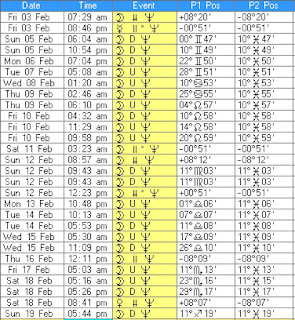 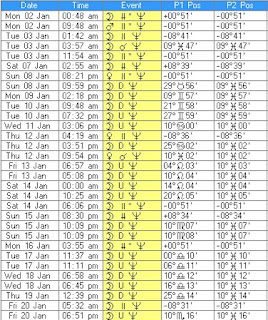 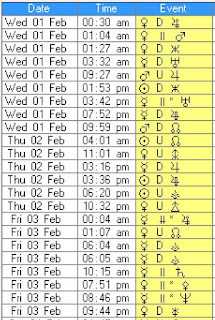 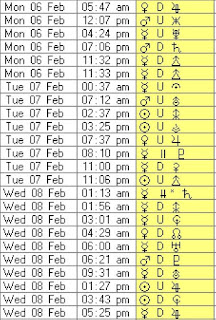 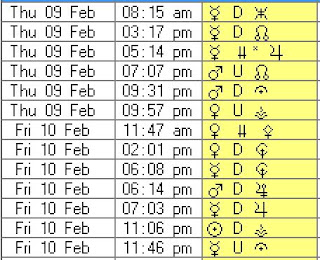 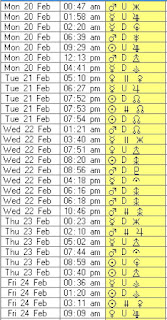 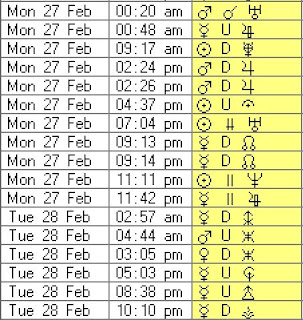 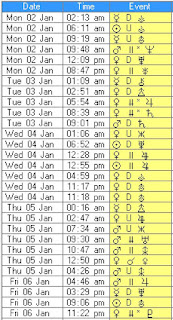 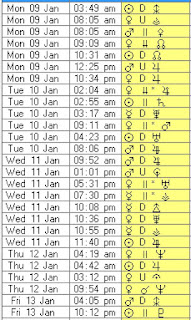 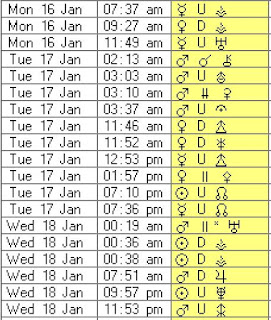 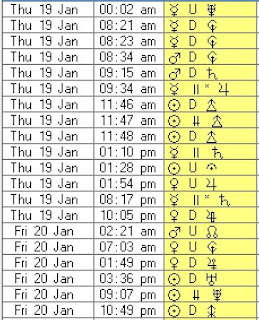 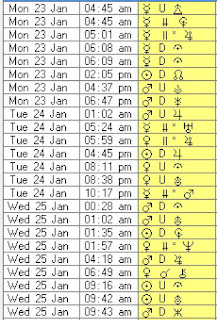 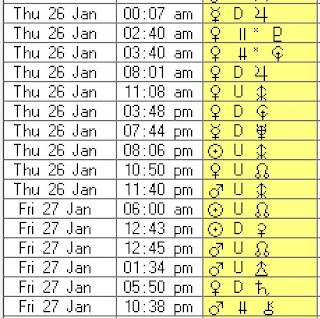 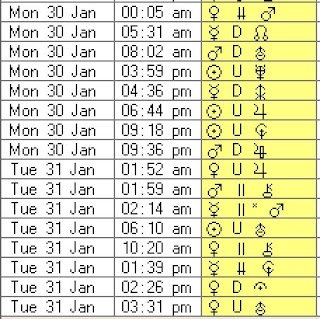